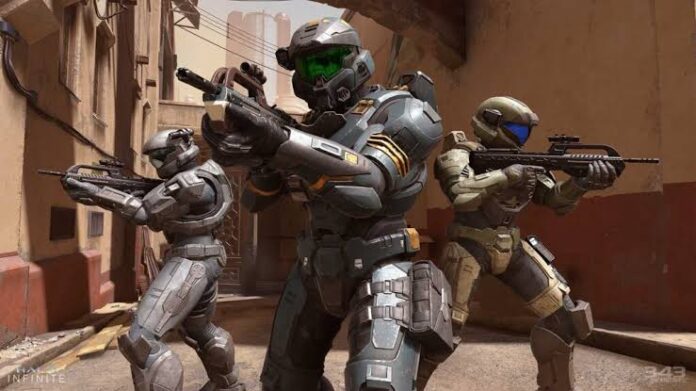 One of the more significant complaints about mobile games is that many can’t be played offline. Not only is this detrimental to those who commute frequently, but it also means you can’t play your games when your internet goes out. This is why I’ve rounded up 10 of my favorite titles to play when my home network goes down, all games that you can indeed play offline in 2021.

Are you looking for a shooting game that runs without internet? If so, here are 10 shooting games you like that are available on Playstore in 100 Mb size.

It often happens that you want to play a sniping or shooting game but your internet data is exhausted. Then you can play the following game as the data is not used.

All these games have good graphics and a storyline. The following games are categorized based on different categories as well as user experience.

So let’s watch one game after another … 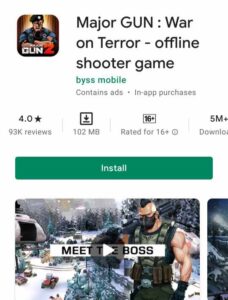 Yes,this game size is a 102Mb but this is very good game.

This is a fast-paced FPS shooting game with sniper and PVP mode. Here you get 100+ levels and 30+ weapons. In which you have to remove different enemies from the road. In this game, you play the role of a soldier who conquers enemies in the terrorist basement. Cleanses.

This game has a 4.0 rating with 5 million downloads. The size of this game is 100 Mb 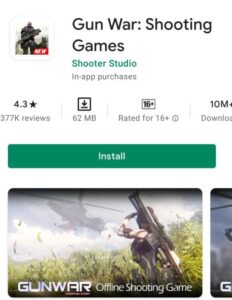 This game is very exciting. Here you have to protect your nation. Inside this game, you find a zombie. You have to save this zombie from your country.

You will see endless zombies here. It destroys everything due to a virus. You get different missions here. For this mission, you are given a new gun. This game is well programmed. You always see different enemies. 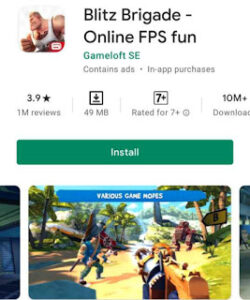 This is the best fps shooting game. Here you can play with your team. You have to kill another team member together. You will also see ufo and alien here.

The game features a beautiful location, tons of weapons, and vehicles. Zombie Mode is also available here in which you have to fight with cartoon zombies.

Here you get the main 4 modes: deathmatch, domination, capture, Andrew free for all. Where in death math you have to play team vs team and in domination you have to cover points.

This game has a 3.9 rating with 10 million downloads. The size of this game is 49 MB

Cover fire is not under 100 mb but this game is a best offline shooting. 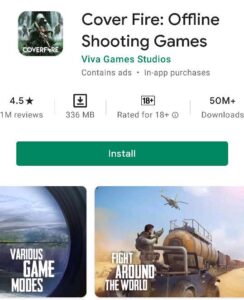 This is the best offline shooter and sniper game ever. here you can build your team. here you will play a veteran silver roll.

Here you are a soldier who goes to different places and kills enemies and files their plans. Here you get different characters that you get as the level is completed. All these characters have different powers. With the help of which he kills the enemy.

You will also see a zombie event mode here, which is a new addition. 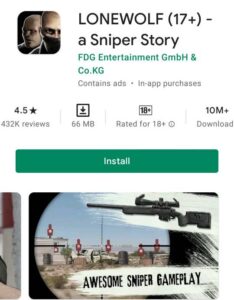 The lone wolf is a sniper adventure game. Lonewolf is an intense game with moral conflicts.

Here you will get Realistic Weapon Sound and formal graphics. If we talk about gameplay, the story starts with a teenage boy. He kills other people for money. His boss provides him with tools like Sniper Rifles, Assault rifles, Pistols, and bombs.

The main character here is a teen boy. Who you are. As the story progresses you will find out about it. You will not be able to find his motive till the end. 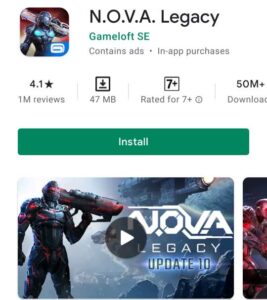 Nova legacy is a sci-fi fps shooting game.cal warden is a hero of this game. here you can get story mode and shadow mission.

In story mode you got a number of the latest guns to fight with aliens. Here you have to save your spaceship from external aliens. In shadow mission, you get name big missions which you have to complete within a specific time.

Here you can be able to upgrade your weapons and shoot to perform better.

This game was completed with 50million downloads. The size of this game is 47Mb and 4.1 ratings. 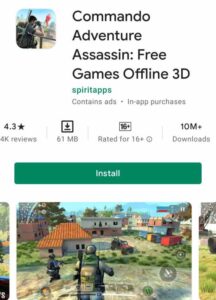 Enjoy these Best Offline Games Without the Internet on your phone. this is a military game. It provides you best storyline mission level by level.

Online mode is also available. In which you can play in groups like pubg, free fire, and fortnight game. Here you have to survive till the end.

This game was completed with 10million downloads. The size of this game is 61Mb and a 4.1 rating. 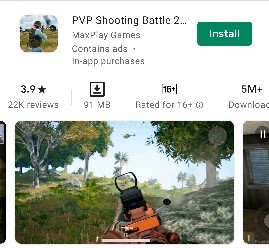 This game looked like Pubg mobile game. here you will get 20+ action missions offline. best UHD graphics and sound quality.

If you play this game offline you will get a mission. In which you have to shoot the target. In this game, there are weekly updates in which new missions are added.

You can also play this game online. In which all the people from a plane like pubg land on the island. Then all the people in the house throw weapons and try to kill each other.

Finally, the one person who grows wins.

Here you can see vehicles, buildings, animals and beautiful scenes. 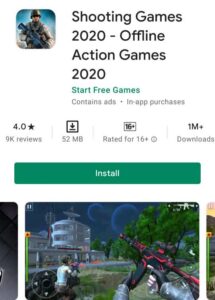 This is a totally offline game. There you can play commando roll who shoot terrorists to save the world. You will find a team named Alpha.

This team helps you on dark missions. Here you will get a high-tech gun, sniper, and Modern armor.

Here you get survival and normal mode. In normal mode you get level. In which difficulty increases to the next level. Here you have to take your team to the enemy’s boot camp instead of leading.

In this game, you get to see Unconventional Warfare. Here you have your team fight with another team. 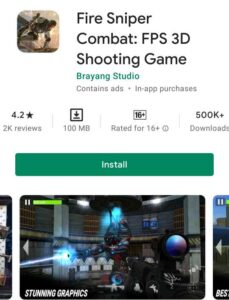 In this game, you will get 200 missions with the boss-level fight. here you have to join fps war for saving the world. take cover, aim, and shooting.

it’s so simple to play this game.

Here you will get zombie mode and event mode. it’zombie mode, you can kill a zombie with hand weapons like a knife, ax, xbow, hammer, and grenade.

Here we see top shooting games that are within 100MB so you can play the game if your phone has less space. The game list is as follows in short.

All these games are available in the play store. You can download them by direct search. Now you can play the game mentioned above whenever you run out of data.

How to delete/remove your paytm transaction history permanently