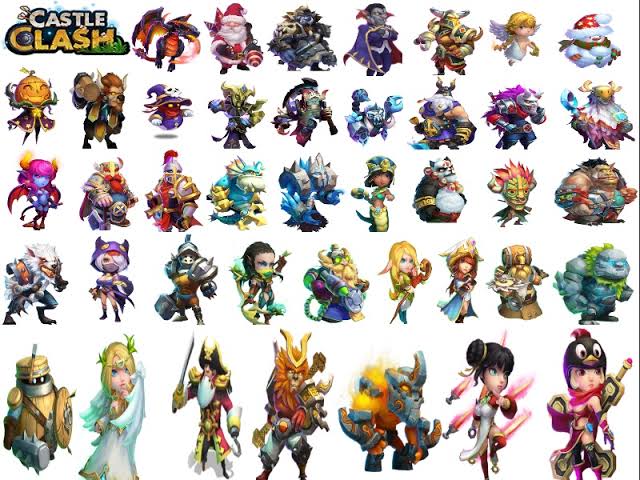 Castle Clash is a very good strategy game. In which you have to update your Raju and battle with another player. In Castle Clash you find many heroes. All heroes have different powers and abilities. It is a bit difficult to decide which of them is the best hero. If you know which hero will be best for you, you can focus on it. It will save you a lot of time.

Here we have created a tier list of the best heroes in Castle Clash. Which will help you to select your best hero. The heroes in this list are categorized based on their ability, power, skill, etc. Based on this you can select a single hero. Heroes take a long time to update. If you update a hero you will save a lot of time.

The heroes in Castle Clash are sold in xyz tiers. Tier for Superior and strongest hero. A Tier for Medium-strong Heroes. B, C to D Tier for normal heroes. All the heroes in the Castle Clash Best Heroes Tier list are from the S class or tier.

In the Castle Clash game, you find many heroes. You don’t use all the heroes. You use some special and powerful heroes more. That is why in this list also we have made a list of such good and more used heroes. This list does not include heroes who are used less and are useless. If such additional heroes were included here, this list would seem very large and less important. For that, you have included the most common and most used heroes here.

In the Castle Clash Hero List given here, the Heroes are arranged according to their rank and tier. You can select the best hero for you by following the list given here.