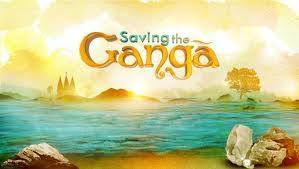 River Ganga is the most sacred river of India. Rivers are worshiped in Tidal culture. India is a country where river is called mother. The greatness of the river has been shown in our Vedas and Puranas. There are many sacred rivers in our country. But among all these rivers, Ganga river is the highest.

People come from far and wide to bathe in the river Ganges. People believe that even if you have committed so many sins in your life, if you bathe in Ganga once, all your sins are washed away.

slogan on ganga river in English

slogan on ganga river in hindi

slogan on ganga river in ગુજરાતી

How to save Ganga

River Ganga is very large. There are many developed cities around this river. Garbage and bad chemicals from this city are discharged into the river Ganges. There are many factories that discharge their chemicals directly into the river Ganga. Due to many such reasons this river has become very polluted today. Earlier this river was clean and pollution free. As technology and population grew, so did the pollution in this river.

We should also do our duty as a conscious citizen. We should not throw garbage across the river. The release of toxic chemicals into the river should be stopped. Trees should be planted around the river. If we take care of all these things then we can save the river Ganga.