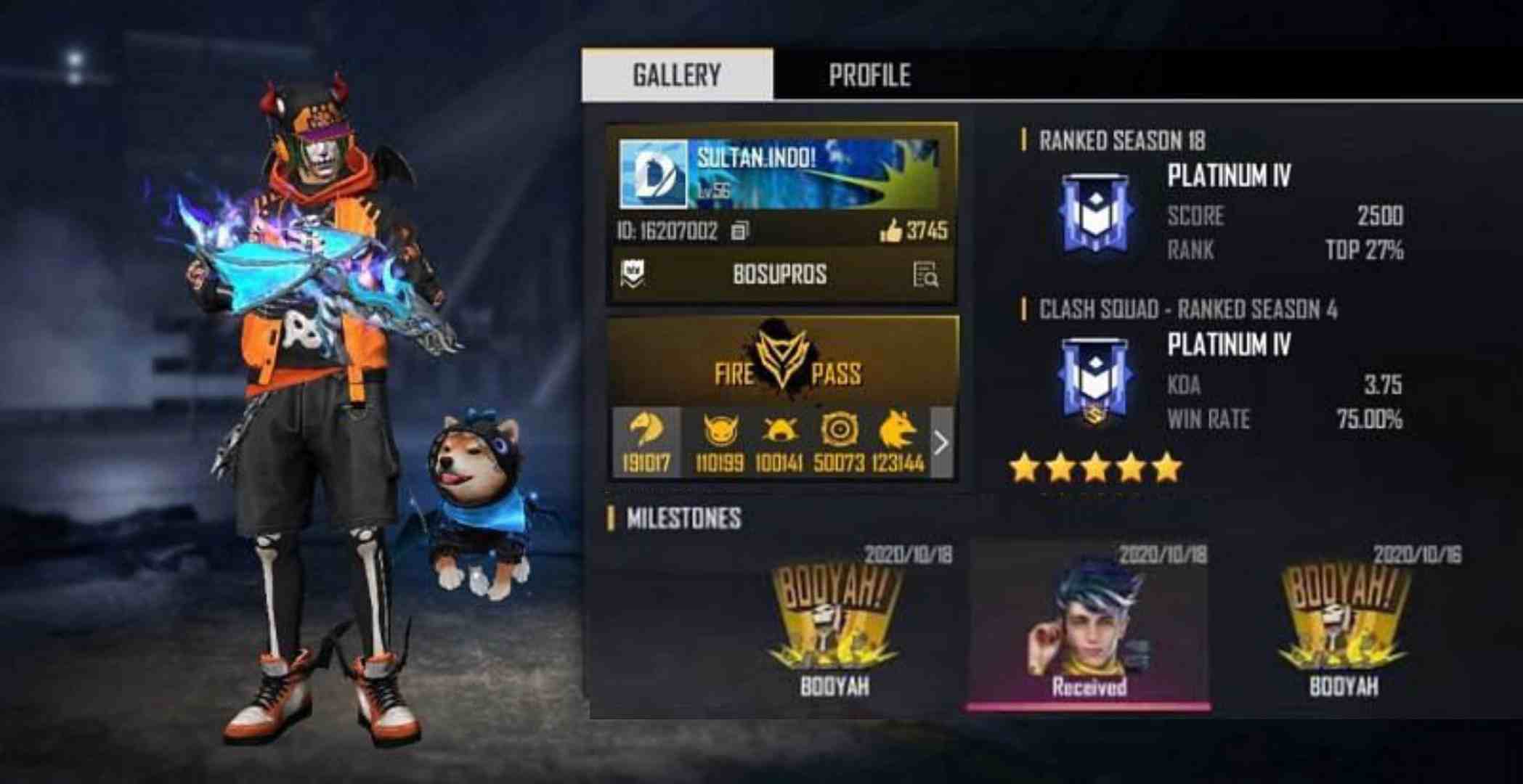 Today many people make videos of free fire on youtube. This game has been very beneficial for the content creator. Many people in the world love to watch free fire gameplay and live stream. So this game has become a career option for people.

Sultan Proslo is a very good Indonesian free fire player. he is a professional Youtuber and gamer. He is more popular because of his gaming skill. In this post, you will see his in-game details.

Sultan proslo’s real name is Dyland Maximus Zidane. His Free Fire ID is 16207002, and his in-game name (IGN) is SULTAN.INDO!

Sultan proslo has played a total of 831 squad matches out of which 287 matches have been won. In all these matches he has killed 2094 so that his K/D ratio is 3.85.

Last, he has played a total of 11 solo matches. Out of solo matches, he has won 0 matches and eliminated 17 players. So that his K/D ratio is 1.54.