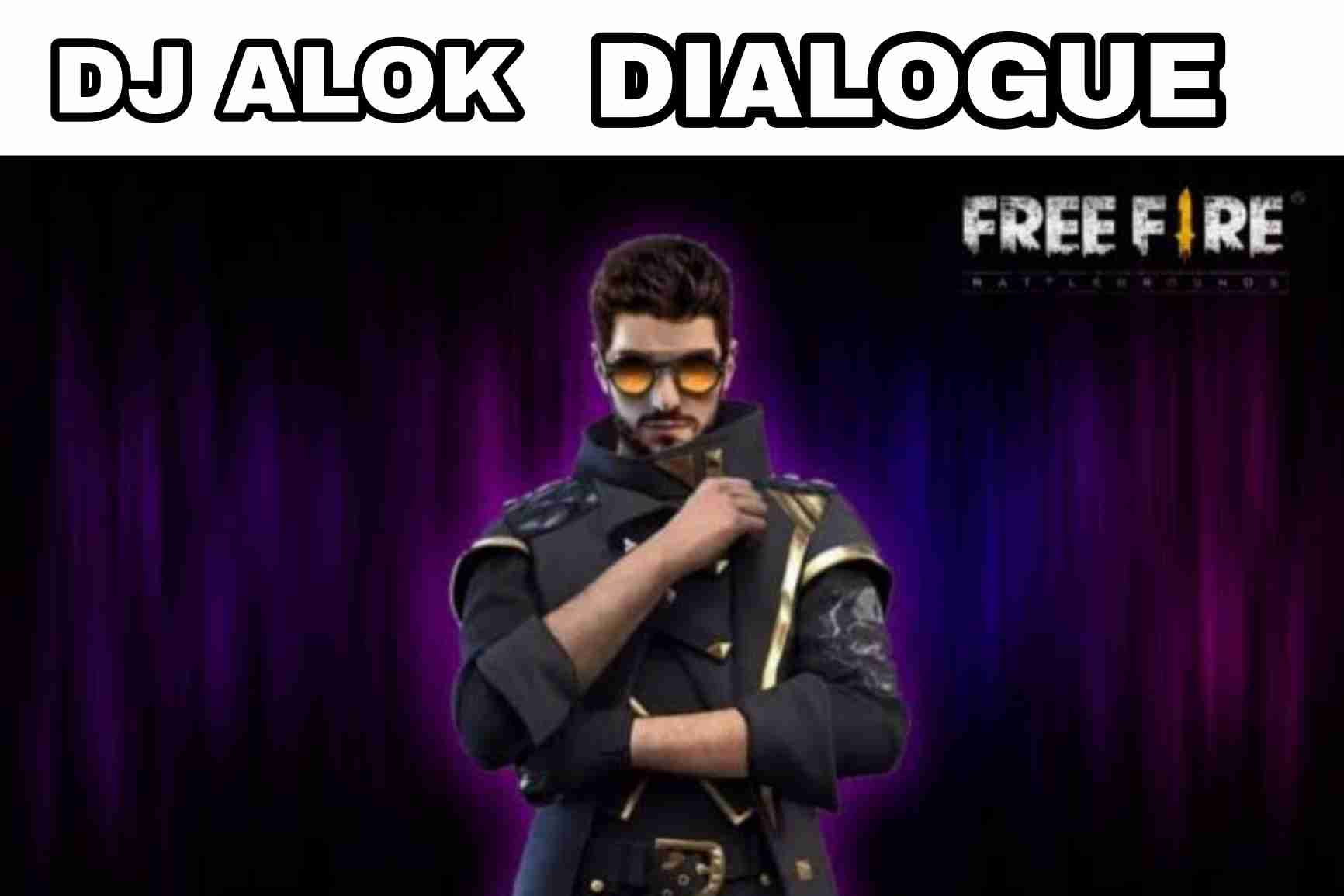 You know that free fire is a world famous mobile game that has recently completed 1 billion downloads. This game is famous for its unique character and graphics.

Today in this post we will know what dj alok speaks. We will also see what other player speaks.

All these characters speak their dialogue in different languages. So let’s see what is its original dialogue and then we will know what is its English mining. So let’s start with Dj alok character first.

Chrono speaks its own dialogue in the English language. Therefore, below is its direct dialogue.

Chrono is based on football player Cristiano Ronaldo. He creates a force field called Time Turner ability. Chrono character builds a shield around himself. If a player shoots from outside the shield, the player is not damaged. This power stays active for some time. Once you use the time turner ability, it seems to charge.

Character k is based on an American music artist who speaks English as follows.

K can master of all. Due to this ability, he prepares a round around himself. So his power increases. CJ k character you can get during diamond top-up. This character is one of the rare characters.

Jai character is based on Hrithik Roshan. Hrithik Roshan is an Indian actor who is involved in the free fire game. He speaks the following dialogues.

If you want Jai’s special ability, it reloads the Kopan gun in less time. It is called Raging Reload. It reduces the gun loading time by 10% or 25%. Come in front and the gun of both is reloaded at once. Then your gun will be reloaded fast and you will be able to shoot it first.

Hayato is a samurai player that you can upgrade.

Hayato has Bushido helps him increase the ability of armor penetration. It gives extra armor protection. Hayato player is a samurai player so it gives fast movement.

Today we have learned what DJ Alok, Chrono, k, Jai, and Hayato speak in this post. If you want to know what other players of the free-fire say, you can check our other post. Here you will find out what dj Alok is talking about.

How to top up Diamonds in Free Fire Winzo gold 2022